In the future, unthinkably powerful mega-corporations own and govern entire planets outright, protecting their interests with vast, private armies. Now, an even greater danger is sweeping the galaxy – a hideous mutagen wiping out entire sectors of space. To stem the carnage, highly classified Containment Protocols are enacted, blockading the infected system and wiping it from navigational charts forever. Here, with the veil of civilisation lifted, rival factions descend into furious conflict, each with a unique claim on the chaos of the Deadzone!

Deploy elite Enforcers to mercilessly hunt down the rampaging Plague army as it surges ceaselessly towards total contamination; Oversee the ransacking of abandoned districts by the hulking Marauders as the terrifying Veer-Myn single-mindedly set about bolstering their own numbers; Plunder natural resources with the tech-heavy Forge Fathers as the eclectic Rebs scavenge for discarded gear, or simply scheme in secret as the mysterious Asterians pursue goals known only to themselves. As your collection grows, where will your loyalty lie?

A tabletop wargame without the hassle, Deadzone strips away unnecessary complications leaving you free to enjoy the excitement and tactical depth of futuristic battle. Starter armies of two rival factions are included in this set, kicking-off your collection of Enforcers and Forge Fathers, along with everything else 2 players need to get right into the action. Assemble your finely detailed miniatures and get ready for fast paced, easy to learn, mission-based skirmishes in a brutal future!

The claustrophobic cities of the far future are brought to life using the modular Battlezones terrain tile system. Battlezones is high quality, hard quality sci-fi terrain designed to use with mass battle and skirmish wargames. Each building is made from a range of detailed tiles that you can quickly construct with the innovative connector system. Battlezone tiles are entirely modular andcan be assembled in any combination. You can construct everything from a small-fortified bunker to an entire city quadrant.

Now you can have a gaming table that’s as good as your miniatures. 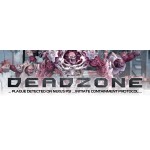