Android: Netrunner is a two-player Living Card Game™ set in a dystopian, cyberpunk future where monolithic megacorps own and control the vast majority of human interests. While corporation players try to score points by advancing their agendas, they have to guard their intellectual properties from the elite and subversive hackers known as netrunners.

Technological advances have allowed corporations to push the envelope of human experience to heights previously unimaginable. Mankind has colonized the Moon and Mars. Powerful computer and neurobiological technologies have allowed scientists to create digital maps of the mind, empowering new artificial intelligences and electronic brain interfaces. Gone are the days of the mouse and the keyboard. Most users transfer data via gestural interfaces and virt displays, but the elite “jack-in,” connecting their brains directly to their computers and, beyond them, the omnipresent network.

Everyone relies on the network, the all-seeing, all-hearing grid that surrounds Earth and reaches out into the solar system. More data flows through the network every second than was ever expressed in the first five-thousand years of written language. It is a surveillance network, a financial system, and a library. It is the backbone of modern civilization. It is also the greatest weakness the megacorps have.

There are those who hunt constantly for flaws in corporate security measures. They hunt for different purposes. Some hope to expose the root hypocrisy of these business giants built upon the labor of mistreated and impoverished drones and held in place by fraudulently legitimized monopolies. Some want to explode the walls that hide corporate secrets and usher in a new age of free information. And others merely want to make some quick credits, hacking for secrets and turning them around on the black market. These rogue operators with the hardware, software, and raw talent to exploit the corporations greatest weaknesses are the individualists known as netrunners.

The Future Is Now

When Netrunner was originally released in 1996, it was widely hailed as one of the greatest customizable card games of that era. Now, Fantasy Flight Games has updated this classic card game by Richard Garfield to fit our Living Card Game™ model.

Players familiar with the original will recognize its gritty, noir, cyberpunk feel and the tense, strategic action engendered by balancing their actions, but they’ll also find plenty of exciting enhancements in Android: Netrunner. Several of the more troublesome mechanics are being cleaned up and clarified, and the introduction of identities into the card pool creates a more dynamic play environment. Meanwhile, as the newest of our LCGs, Android: Netrunner will have a fixed distribution model that allows the game to grow organically with the cards from each regular release.

In Android: Netrunner, each player starts with five credits, five cards in hand, and a set number of actions per turn. Each player seeks to score seven points from agendas, but from there the corporation and runner verge in two wildly different and wholly flavorful directions.

Corporations seek to score agendas by advancing them. Doing so takes time and credits. To buy the time and earn the credits they need, they must secure their servers and data forts with “ice.” These security programs come in different varieties, from simple barriers, to code gates and aggressive sentries. They serve as the corporation’s virtual eyes, ears, and machine guns on the sprawling information superhighways of the network.

The Core Set for Android: Netrunner introduces seven identity cards, which represent different corporations and runner classes. Each plays according to its own, distinctive style.

Amid the future’s breath-taking developments, four giant corporations tower above the rest as paragons of industry.

Conversely, netrunners are identified by their motives more than by their achievements. They don’t build up. They tear open.

Humanity hurtles into space and lives on the network. With its seven identities and 252 cards, the Android: Netrunner Core Set provides everything you need to immerse yourselves in the cyberpunk fantasy of a world filled with valuable data and high-stakes runs through the network, and data constructs as varied as the human imagination. 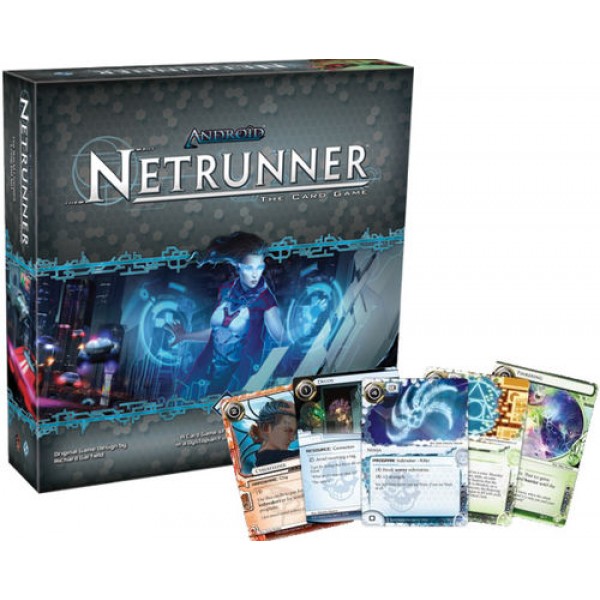 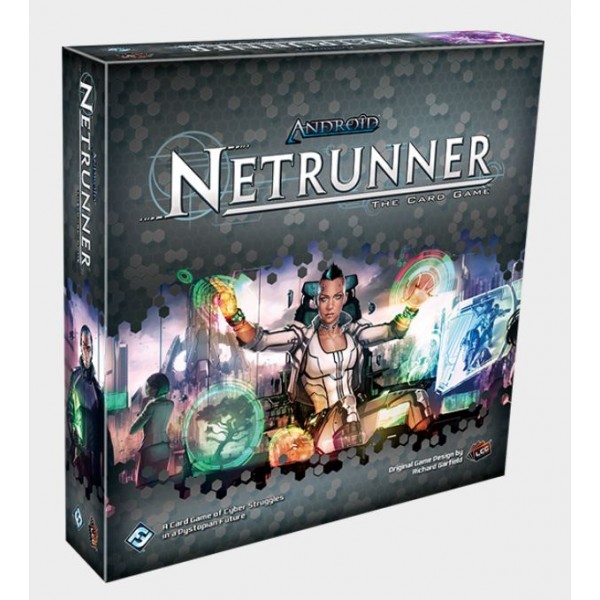 It is the future. The world has changed. Crime has not. Boot up and run! The Revised Core.. 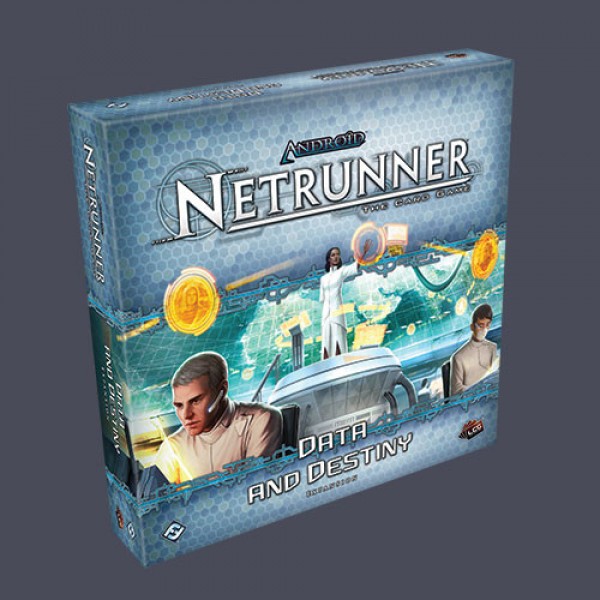 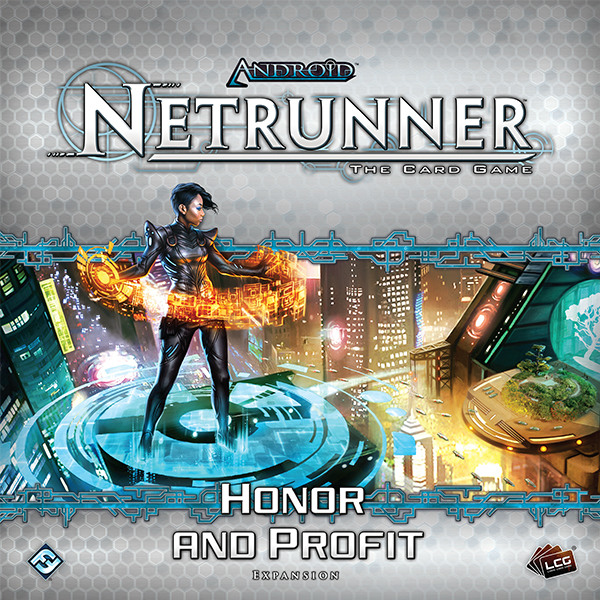 “Money is honest. Credits may be cold, uncaring, heartless abstractions, but they offer .. 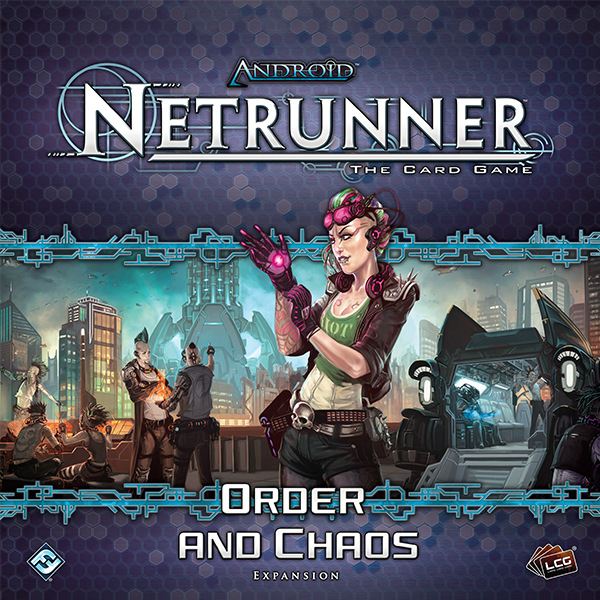 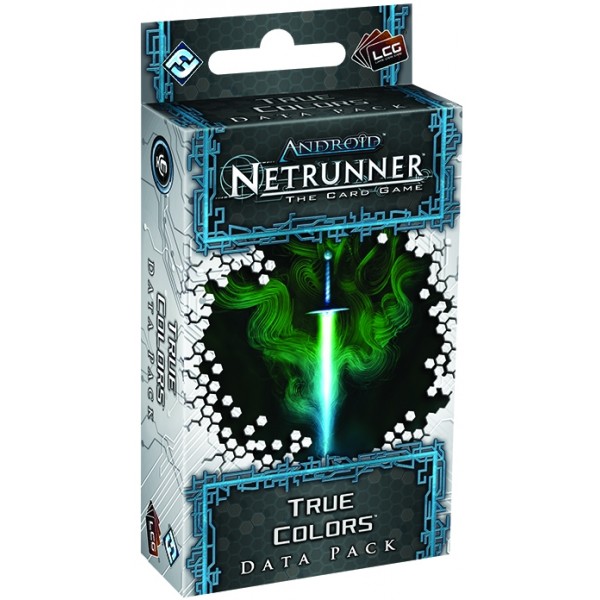 There are three realities in the world of Android: Netrunner. You have the meat world. There,.. 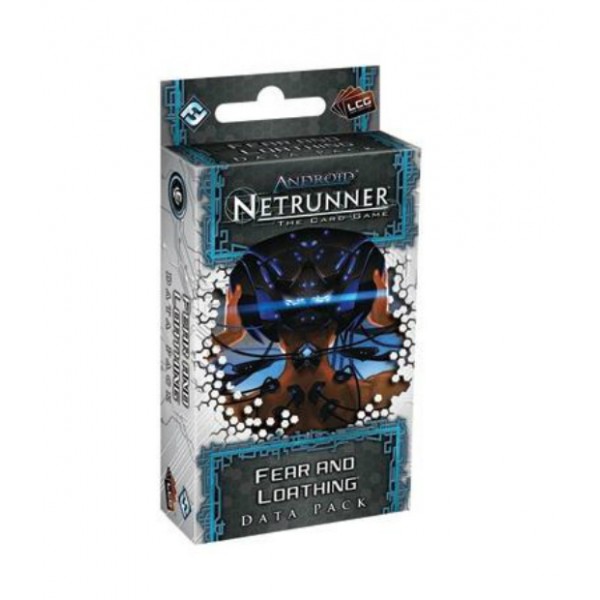 “Can a single voice still make a difference? Probably not, but that won’t stop me from trying. Wh.. 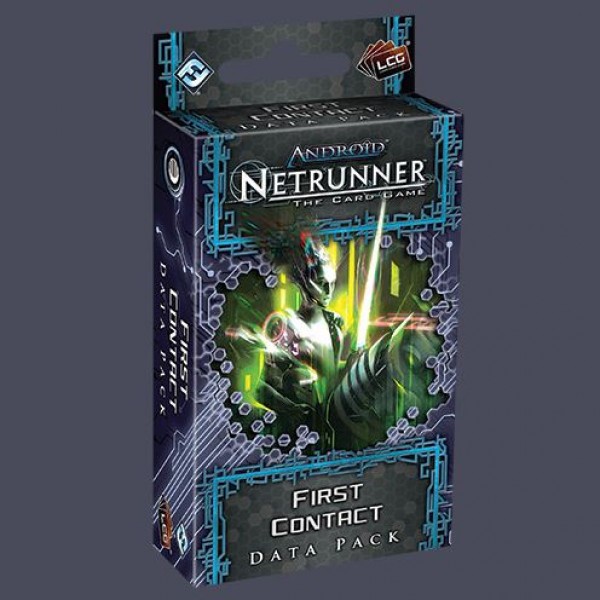 “Welcome to Heinlein.” First Contact is the third Data Pack in the Lunar Cycle for Andro.. 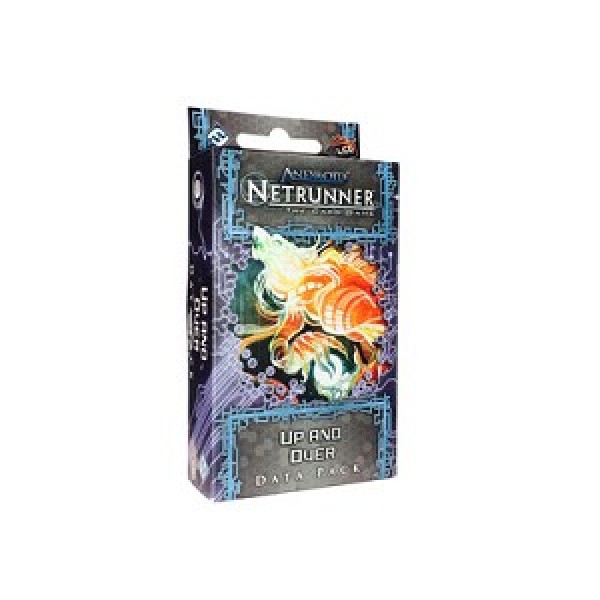 Android Netrunner - LCG - Up and Over - Data Pack

Quick Overview A lot of your standard Runner tricks don’t work on the moon. The Co.. 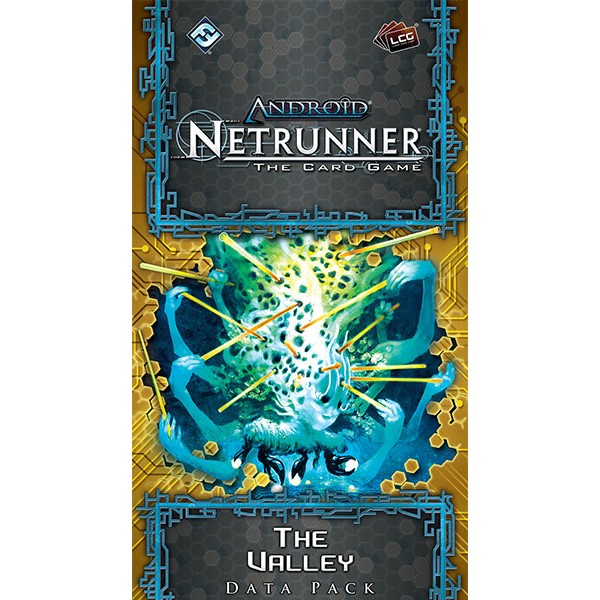 Quick Overview The Valley is the first Data Pack in the SanSan Cycle for Android: Netrunner. .. 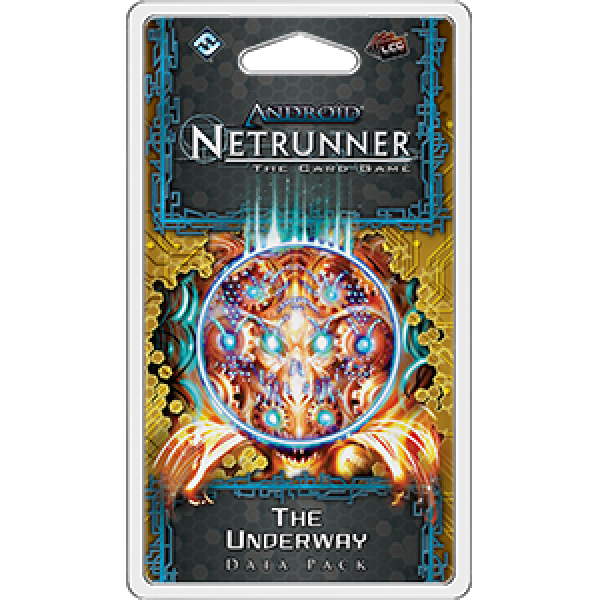 Quick Overview “The Underway is a funky, chaotic, and eclectic mix of architecture and ethnic.. 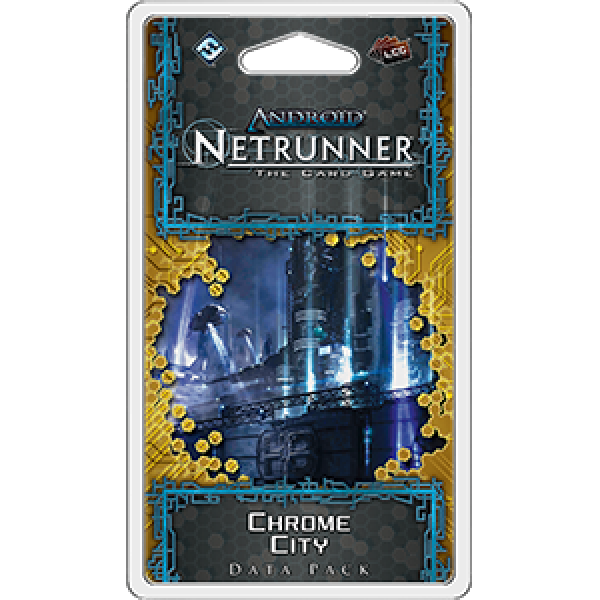 Quick Overview Lopez is part of a fast-growing community in Chrome City and across the West C.. 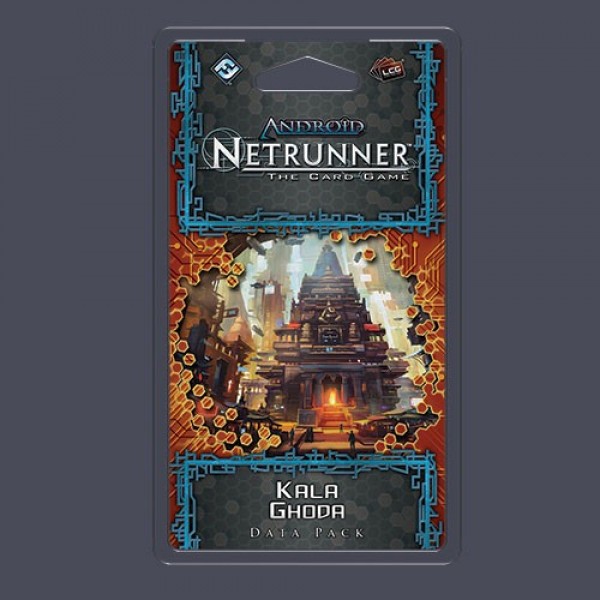 Quick Overview Kala Ghoda is the first Data Pack in the Mumbad Cycle for Android: Netru.. 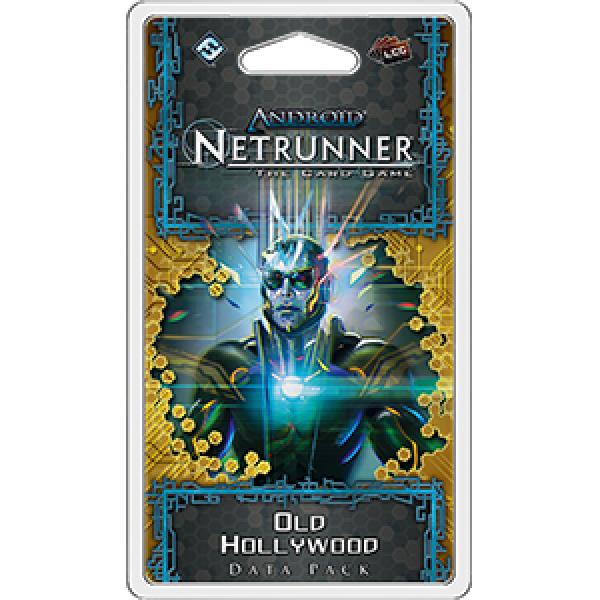 Quick Overview Ronny Five is taking heat for his failure to show at a scheduled appearance in.. 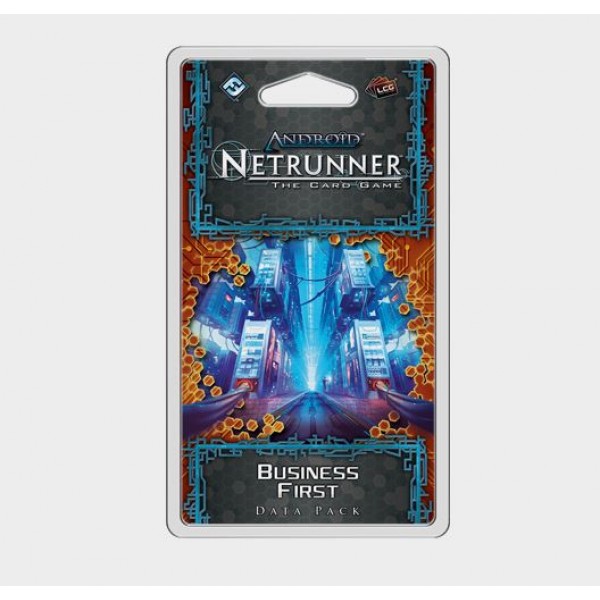